A little over a week ago Jared and I returned from the beautiful island of St. Lucia for our honeymoon. We had the most amazing time and, to be honest, had a hard time adjusting back to the real world. Jared and I stayed at the Sandals Regency La Toc in Castries, St Lucia. Jared and I are probably the farthest thing from chain people you could meet, so much so that we refused to eat at Chilis, Olive Garden and other various chain like atmospheres. So I was a little skeptical when he told me he booked through Sandals.

On one hand I knew it was a brand that we could trust. A lot of people go use Sandals and they clearly know what they’re doing. On the other hand, we are more Airbnb people so the idea of a mass resort had me a little nervous.

All transportations and accommodations were booked through Sandals which was pretty nice. We didn’t have to worry about getting a car from the airport to go to the resort, there was several vans willing and ready to pick us up from the airport. While we were waiting for everyone to get off our flight and get their bags they had a nice waiting room with free drinks and snacks. (It was already off to a good start).

After about an hour long bus ride through the island, we arrived at the resort and were greeted with champagne (another plus), from there we checked in and arranged all of our excursions. They gave us a daily newspaper that listed out all of the restaurants and their times as well as the entertainment happening that day.

The resort had nine restaurants total, two of the nicer restaurants required reservations, but everything else accepted walk ins. You also had the option to take a shuttle over to the other two resorts on the island and enjoy their amenities such as their beaches or restaurants at no extra cost. Much to my surprise the food was delicious. We didn’t have a bad meal the entire time we were there. Our favorite meals were definitely the Japanese cuisine and the French cuisine. We got a little too used to eating and leaving without paying, which is a totally weird feeling. 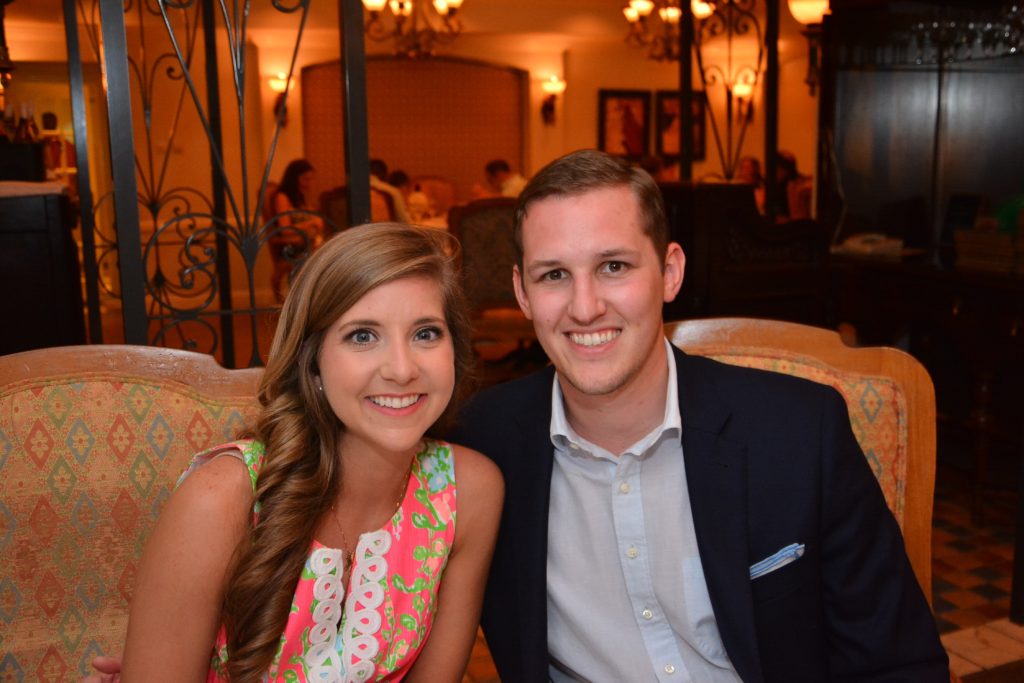 The drinks were just as good as the food! It took me a couple of tries to figure out what I liked, but once I had it down I was set. My family are cruise people and this was my first time at an all inclusive resort, so the all you can drink was new to me. Even on cruises it costs extra for a soda, but at Sandals anything and everything you could want was at your fingertips.

The people at Sandals were so nice and willing to help you with whatever you needed. Just walking through the resort they would say hi and they would come around the pool area asking if you needed any refills.

Jared had a couple of different excursions planned for us. The first two days we took to enjoy the sun and relax, so we spent them poolside and beachside. We also enjoyed a couple massage one afternoon while we were relaxing. 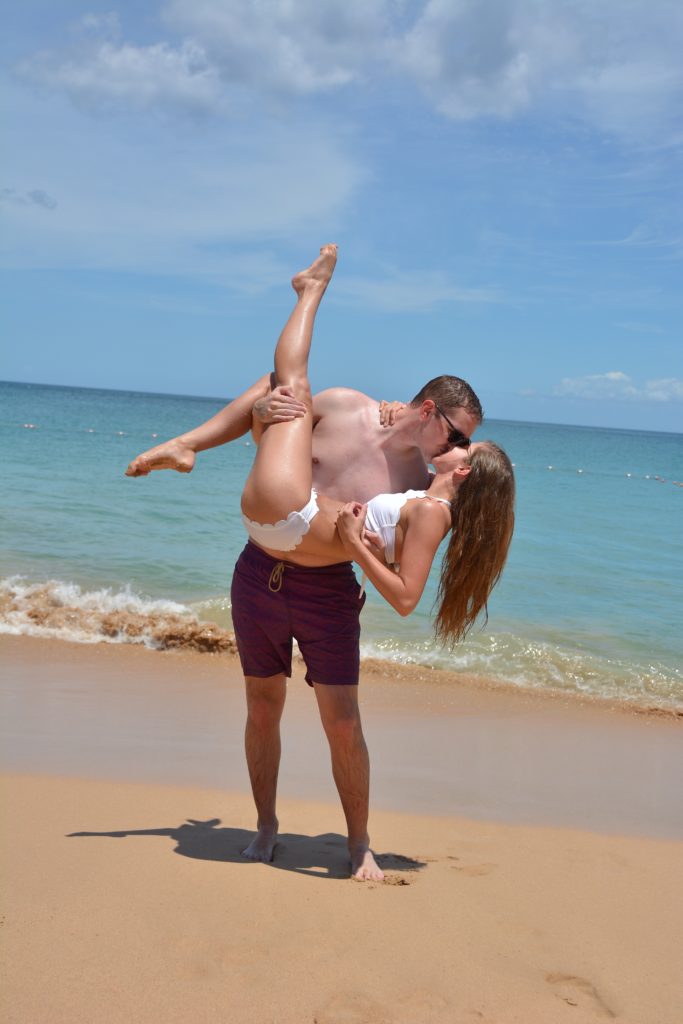 On the third day, we were ready to be adventurous. Jared spent the morning playing golf and I just tagged along and drove the golf cart. After golf we grabbed a quick bite and headed out for zip-lining. This was probably my favorite part of the trip. We completed 12 lines ranging from short to long and ended with a line that was 30 mph. We booked this excursion through Sandals, and I was so impressed by the safety and professionalism. Also, each couple was given a tour guide who was responsible for taking pictures and videos of us. You know I was all about that! 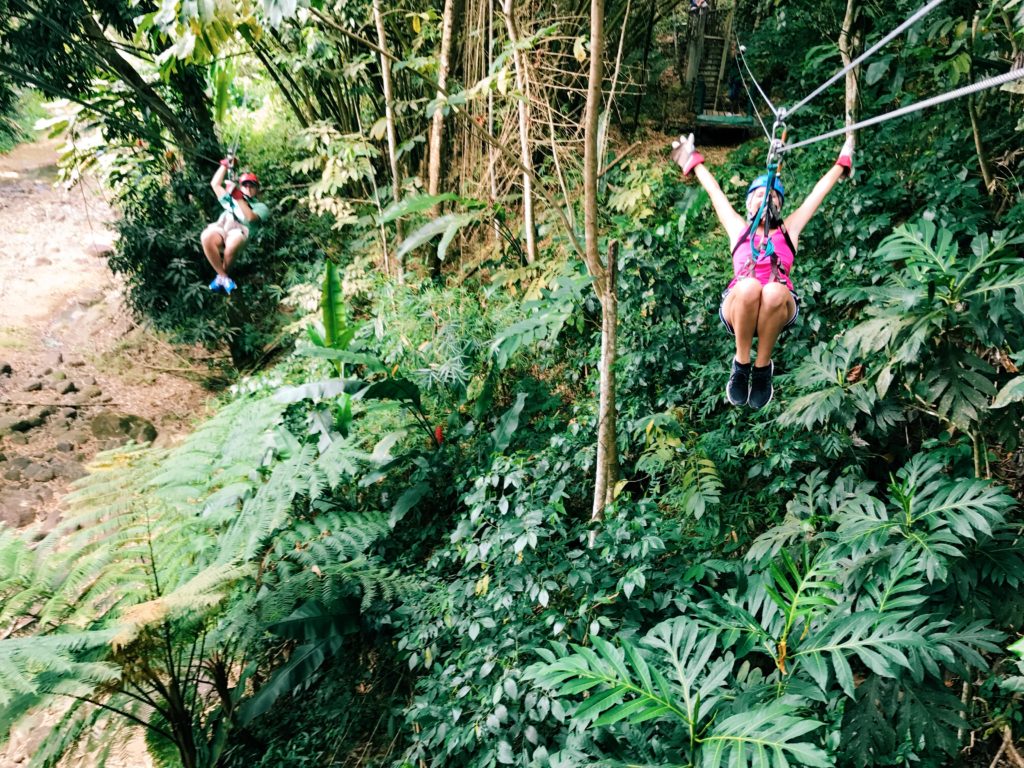 We then were suckered into signing up for the Son of Man boat tour. This one I was a little weirded out by because we met a local named “Jack Sparrow” who was selling this boar tour on the beach. It was pretty sketchy, because I wasn’t quite sure we could trust him because he wasn’t through Sandals, but we thought what the heck let’s do it and it actually turned out awesome. On this 5 hour adventure, we saw the Piton Mountains and other various attractions on the island, we went snorkeling, bathed in the natural mud bath, enjoyed some local food for lunch and then topped it off with a natural waterfall. 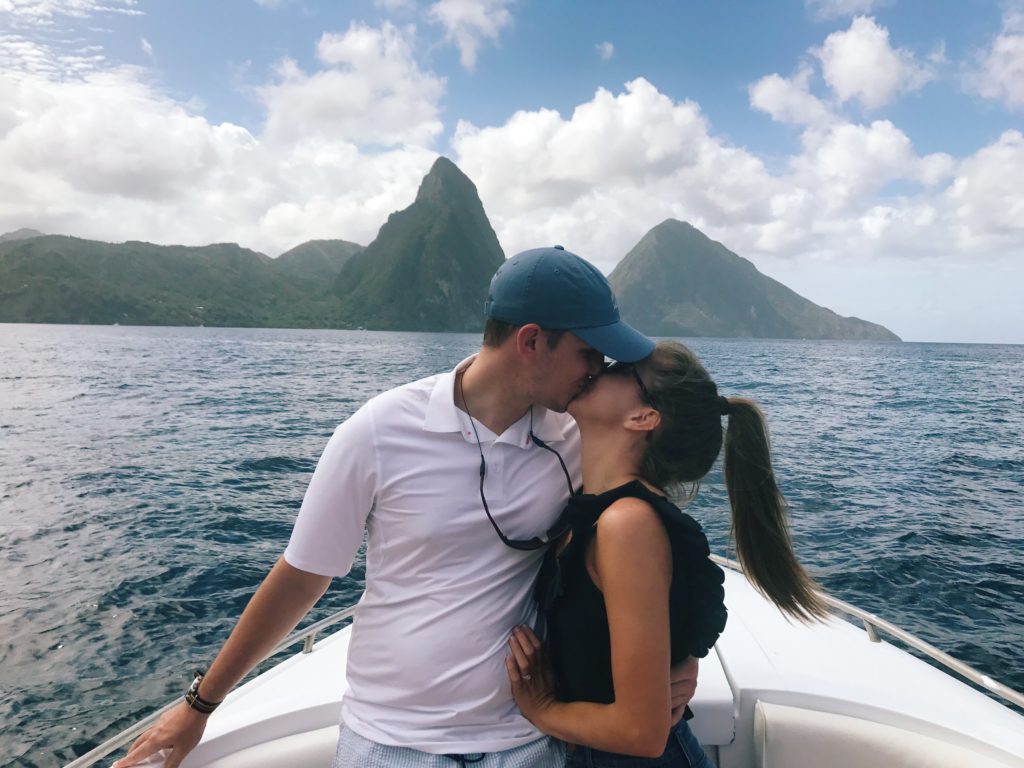 My only negative of the resort was there were various photographers taking pictures throughout our stay. When I went to go buy some pictures, I ended up shelling out $175 for 10 photos. I bit the bullet and did it, but I recommend setting a generous budget aside for pictures if this is something that’s important to you. 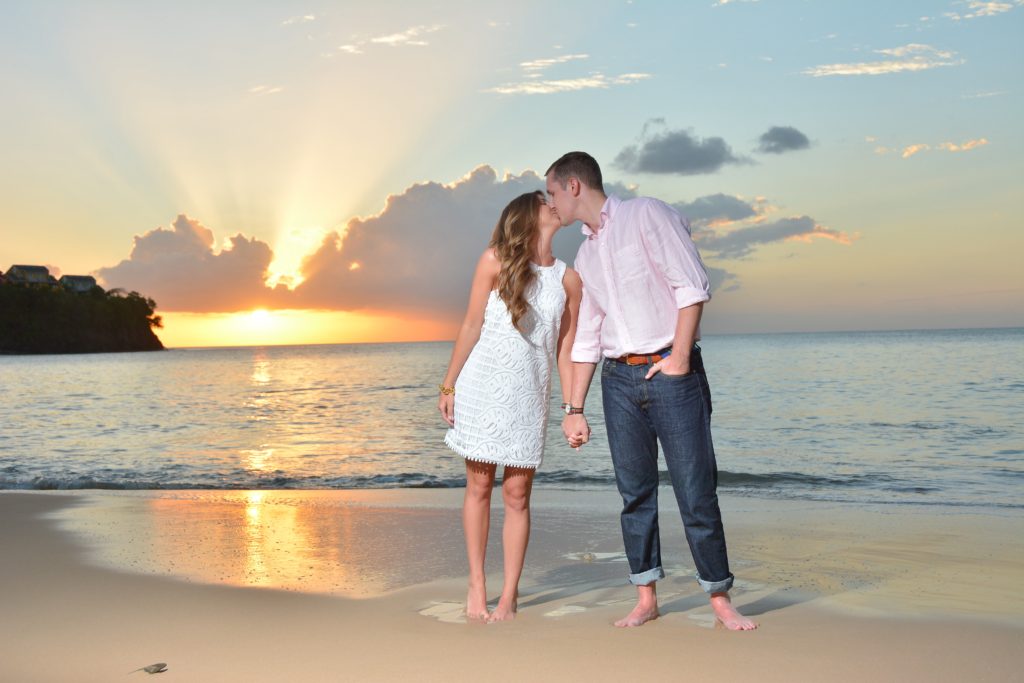 Other than that our experience at Sandals was amazing and we would 100% go back. We’ve even talking about going back in 5-10 years on our anniversary, but for now we’ve got the travel bug and will be planning our next vacation shortly.