First looks are a very hot topic in weddings. People feel very strongly about either doing them or not doing them. I knew I always wanted to do a first look with Jared because I hate surprises and I wanted a true intimate interaction between just us two. Plus it saves so much time after the ceremony and ensures you’ll have time for all the pictures on your list.

When we told our parents we were doing a first look they weren’t fans (I think it’s a generational thing). Once we explained why we wanted to do them and that it was going to be special, they were on board.

Sure you lose that initial surprise face of the groom when you walk down the aisle, but I still think there is some surprise to it because of the nostalgia of you walking down the aisle to him. 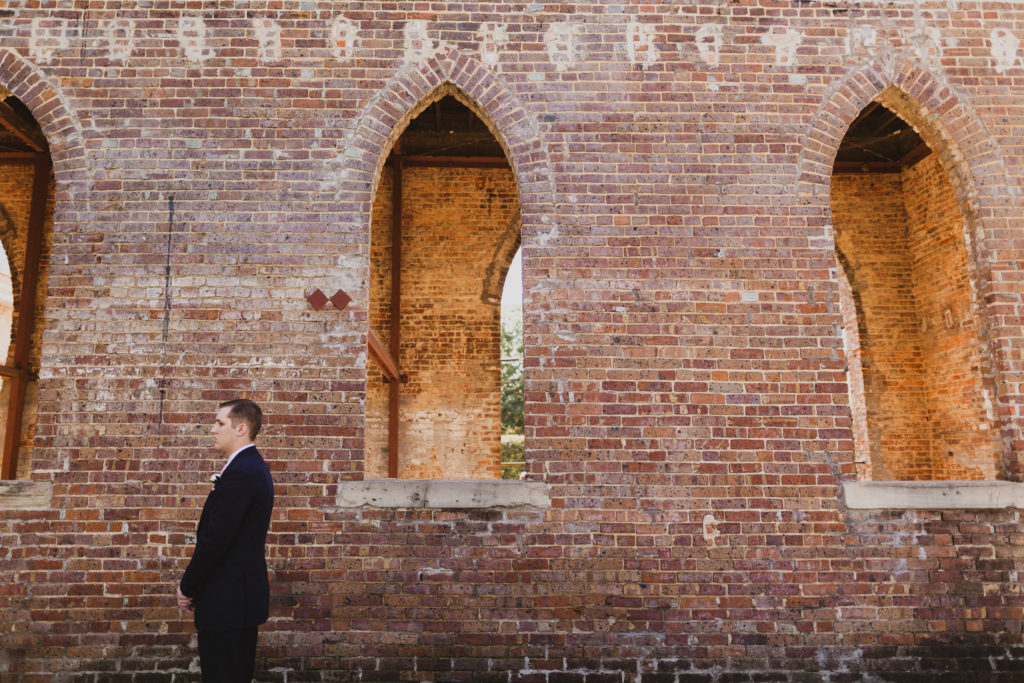 My BIGGEST advice when doing a first look is to make it private. I was a bridesmaid at my brother’s wedding and they did their first look in front of their venue with literally everyone staring at them. It was painfully uncomfortable and incredibly forced because there was the pressure of everyone peaking around corners and taking pictures on their phones. As an introvert, this literally sounds like my worst nightmare. The reaction of both the bride and groom felt totally off and really uncomfortable. The couple definitely didn’t express their raw emotions because it felt like they had to put on a show for everyone watching. This is supposed to be a private moment so keep that in mind when planning your first look.

We were lucky enough to have two photographers. Each one of them led us to the location, which was about two blocks away from our venue, which was perfect to get some distance from my family and the bridal party. They set everything up and were able to capture the moment beautifully and in private. 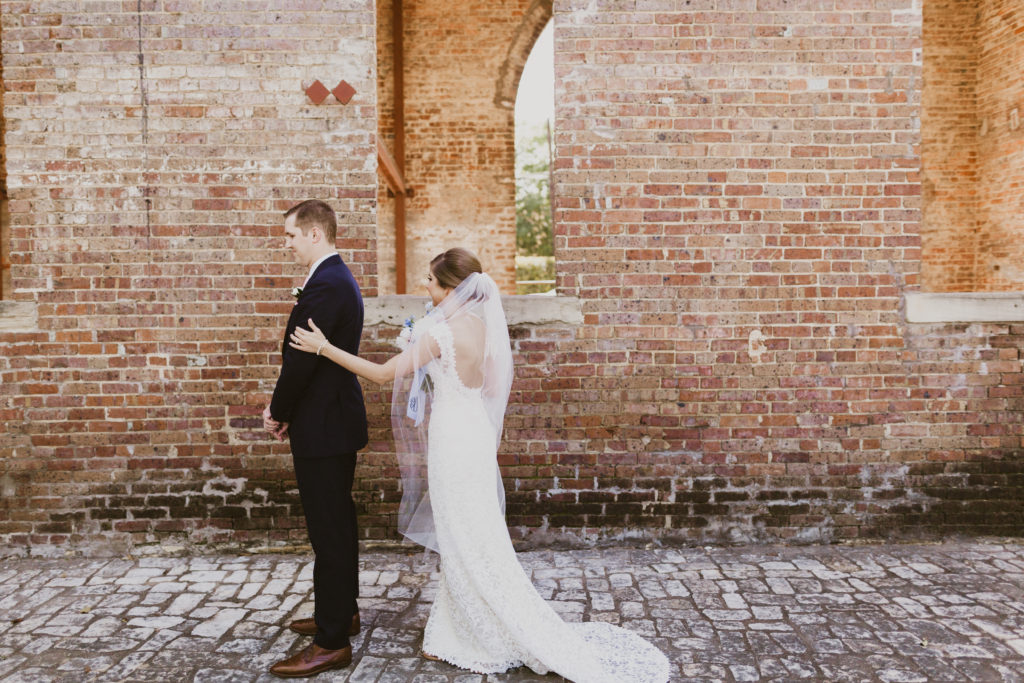 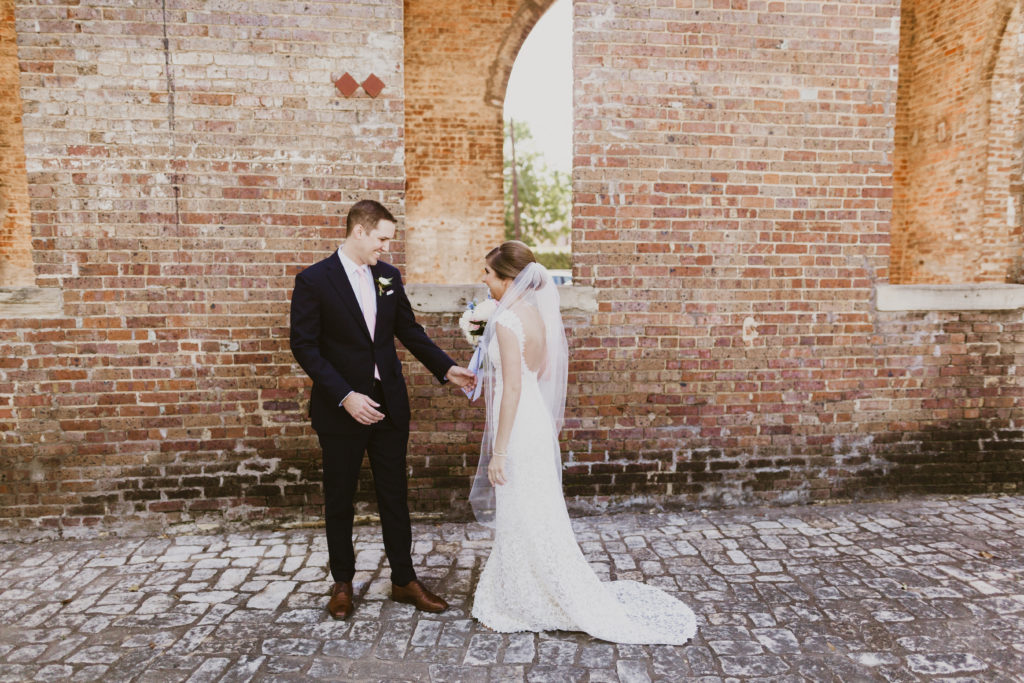 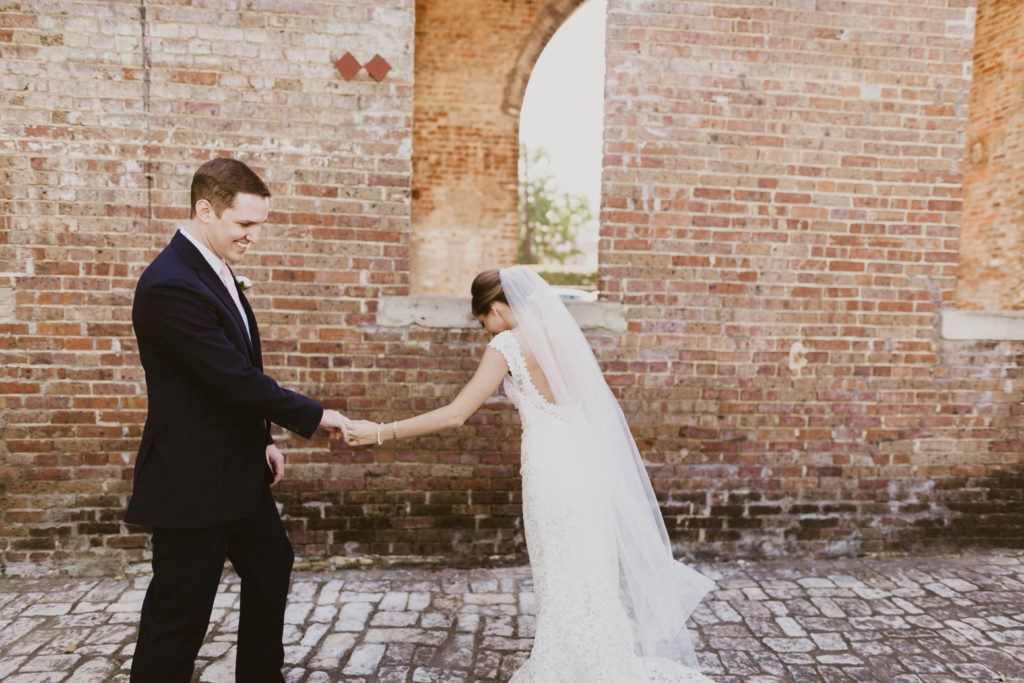 I also recommend thinking through how you want it to go. Do you want to tap in on the shoulder? Untie a blindfold? There are tons of options on Pinterest if you need some inspiration. I went for the tap on the shoulder approach, which I loved because it was not as dramatic, but still a sweet way to get him to turn around.

I personally love the idea of a first look (obviously), what do you think? Are you more of a traditional bride or do you like to have a special time before the ceremony?

Previous Post: « Affordable Gift Guide (Under $25 and Under $50)
Next Post: My Brow Makeover at Crown Beauty Bar »

Previous Post: « Affordable Gift Guide (Under $25 and Under $50)
Next Post: My Brow Makeover at Crown Beauty Bar »