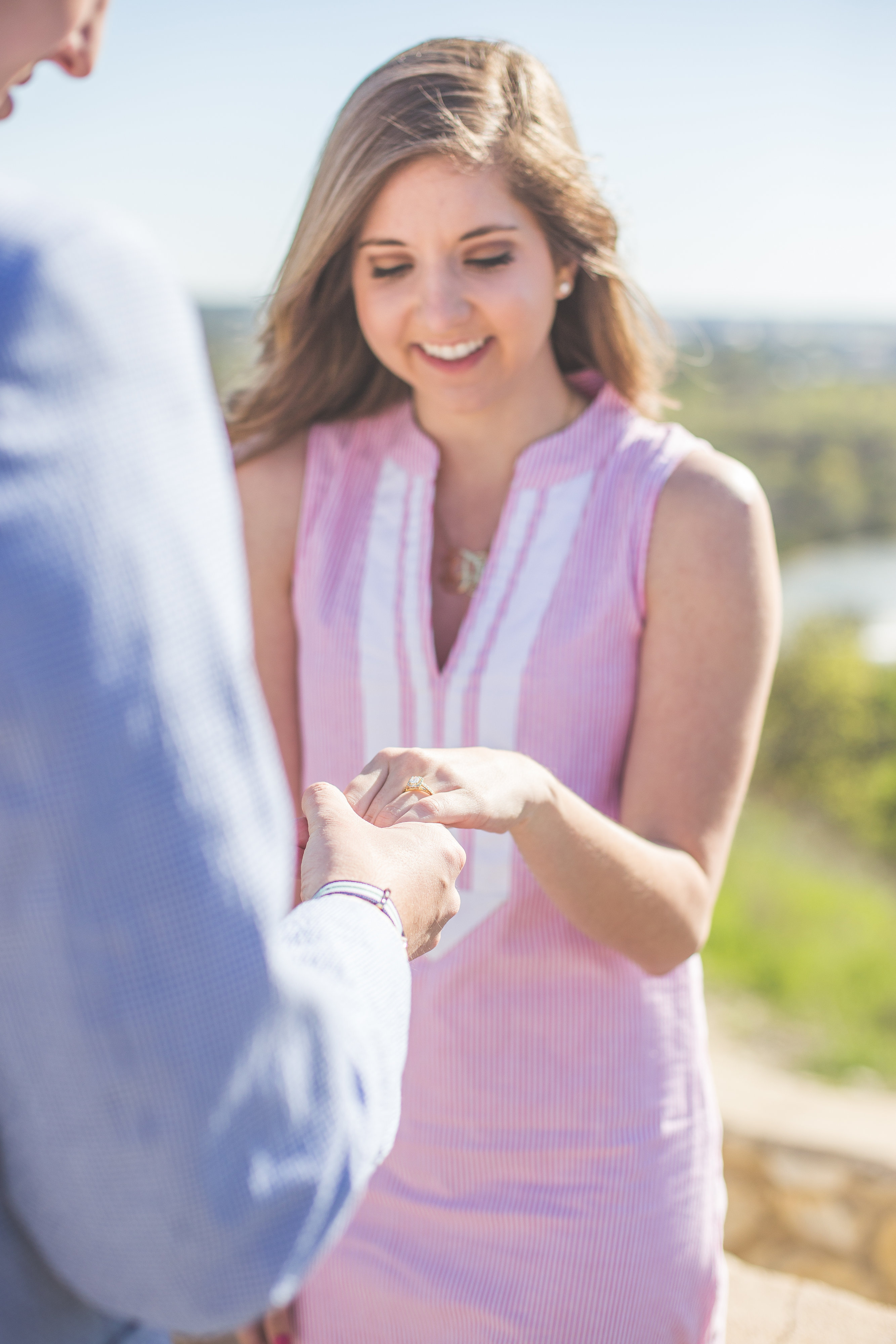 On March 19th I said yes to marry my best friend, Jared Patrick Darnell. Jared and I have been dating for a little over 4 years and you could say I was eager to get engaged…ok, maybe a little more than eager. Jared and I have completely opposite personalities. I am a planner and he is more laid back, so in my head Jared had not planned a thing for a proposal little did I know…

Jared and I often do photoshoots with our awesome photographer Margo. I have know Margo since I was in 5th grade, not only is she my photographer but a long time friend. Jared told me a couple weeks ago to block this date off because we were going to do a blog shoot. I thought nothing of it!

This was the perfect plan, I would be dressed nice, my hair, make up and nails would be done so he didn’t have to do any secret prep work. When choosing locations for pictures we normally just drive around until we feel inspired. On our last outfit Jared said he had a location in mind and it was park.

Jared and I have a special spot at the edge of Fort Worth that overlooks Lake Worth and Fort Worth. It is special because Jared asked me to be his girlfriend there on December 19th, 2012. Since our anniversary is close to Christmas, we would alway go up there and open Christmas/Anniversary presents. When we drove up I said “Oh I think this our spot!” and he said “Is it?”. We got out of the car and Margo had me “test the light” as Jared was getting the ring.

We walked up to our special spot and Jared got down on one knee and said “Angela Michelle Taylor, will you marry me?” I don’t really remember exactly what I said next because I was in shock but according to Margo I said I responded with “baaabee, yes!”

Following the proposal, we took more pictures and relished in the moment. I was still shock, but Jared was so sweet and had pictures in mind and had everything planned out including the “I said yes” sign. Every girl dreams of how their future husband will propose and this was better than I could ever dream of.

After the proposal, we went to Jared’s parents house to celebrate with our family and closest friends. We had more food than anyone could eat, a photo booth, yard games and lots of fun and just a few tears of joy.

We’re suckers for seersucker and it worked out perfect that we were both wearing our finest seersucker. Jared’s jacket is from Southern Proper and my dress is from Duffield Lane.

If this is how being engaged feels I can’t even imagine how being married will feel. 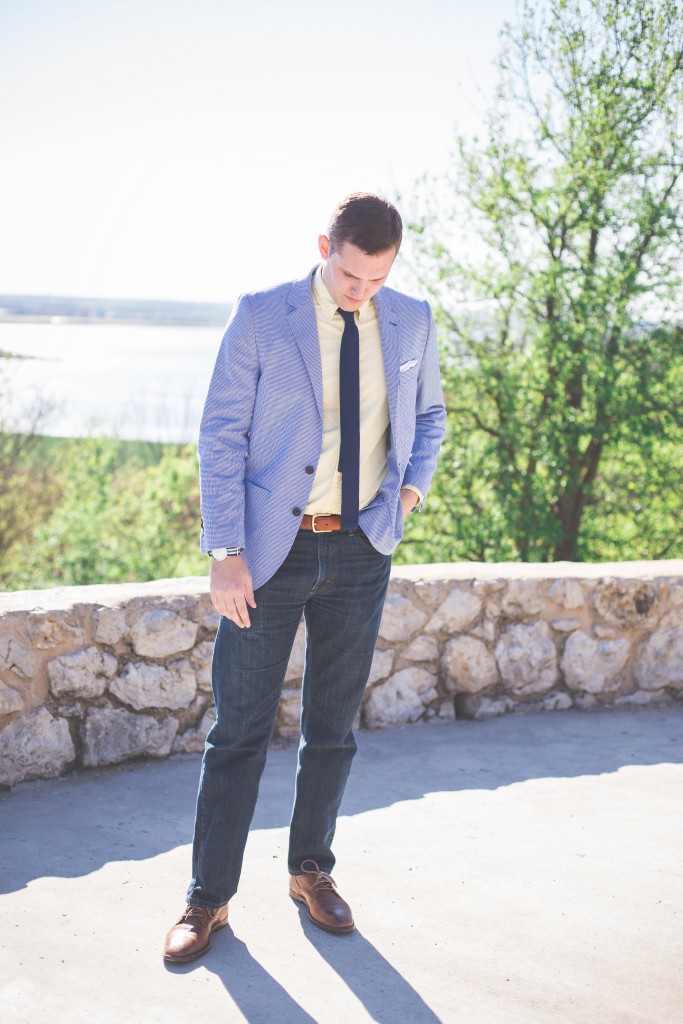 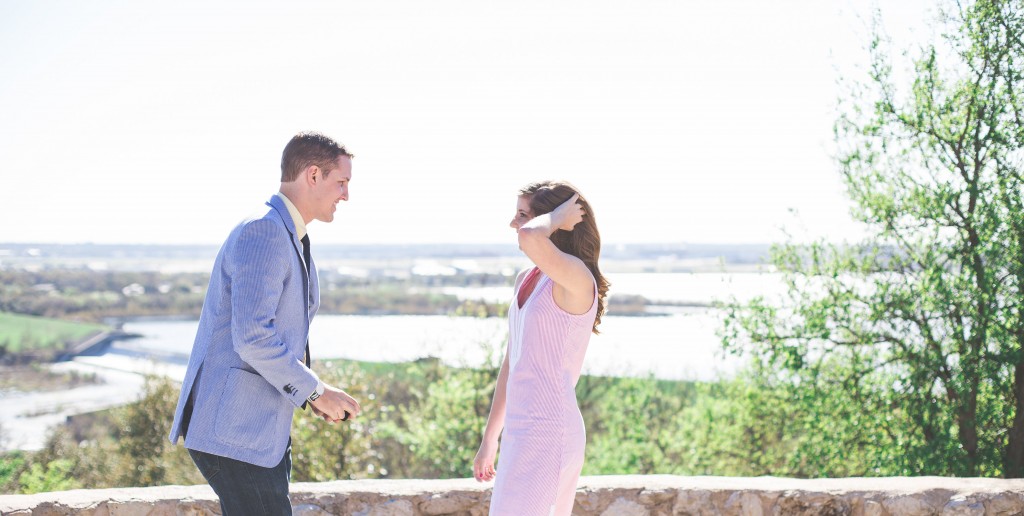 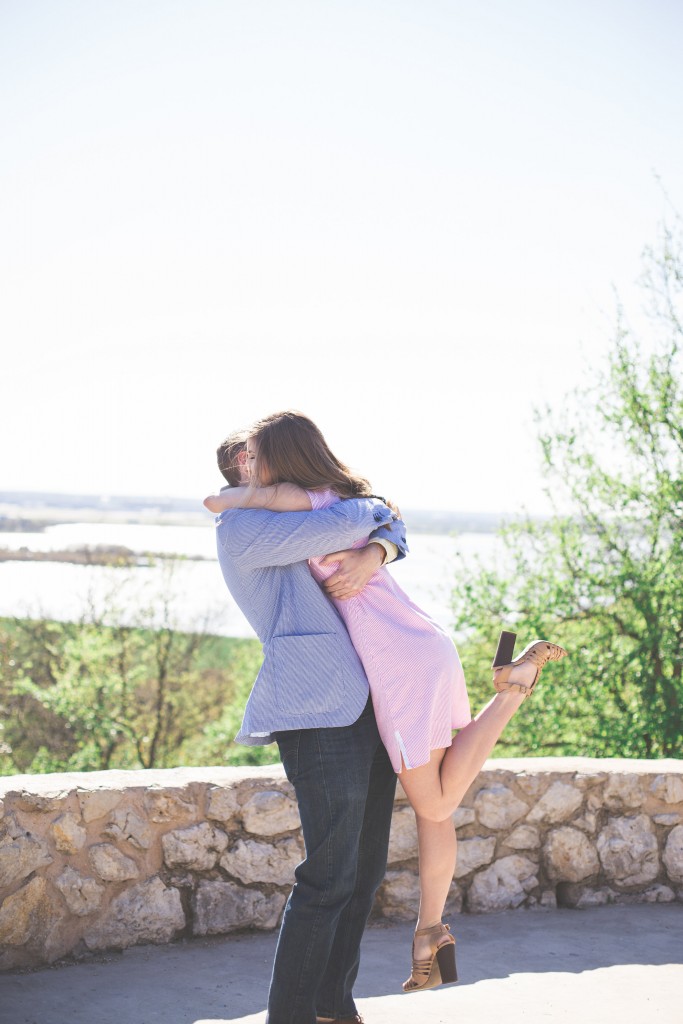 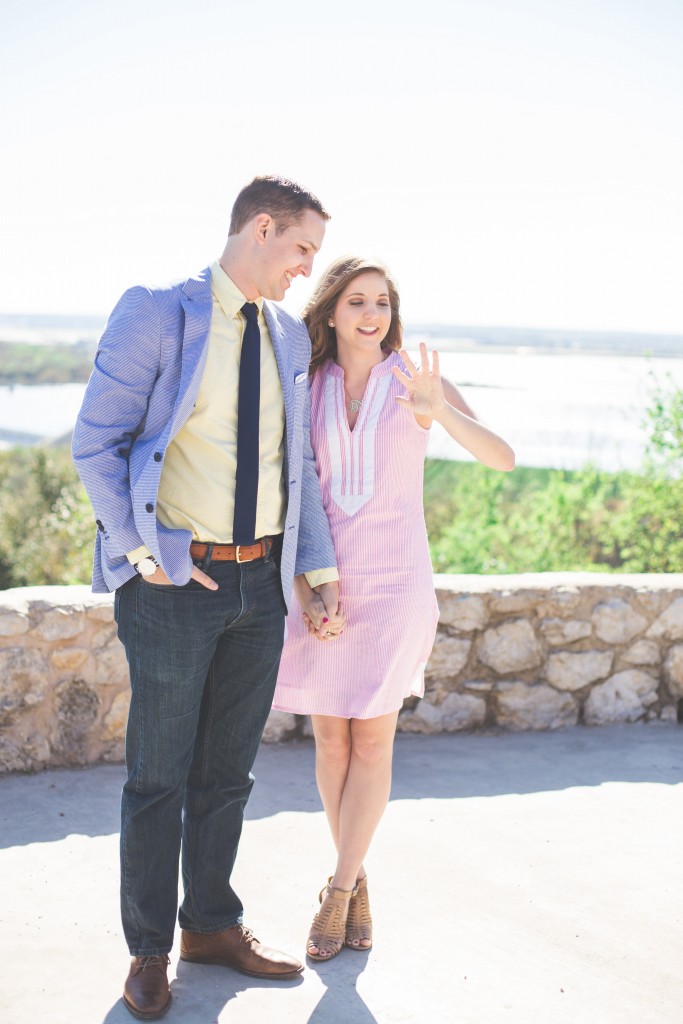 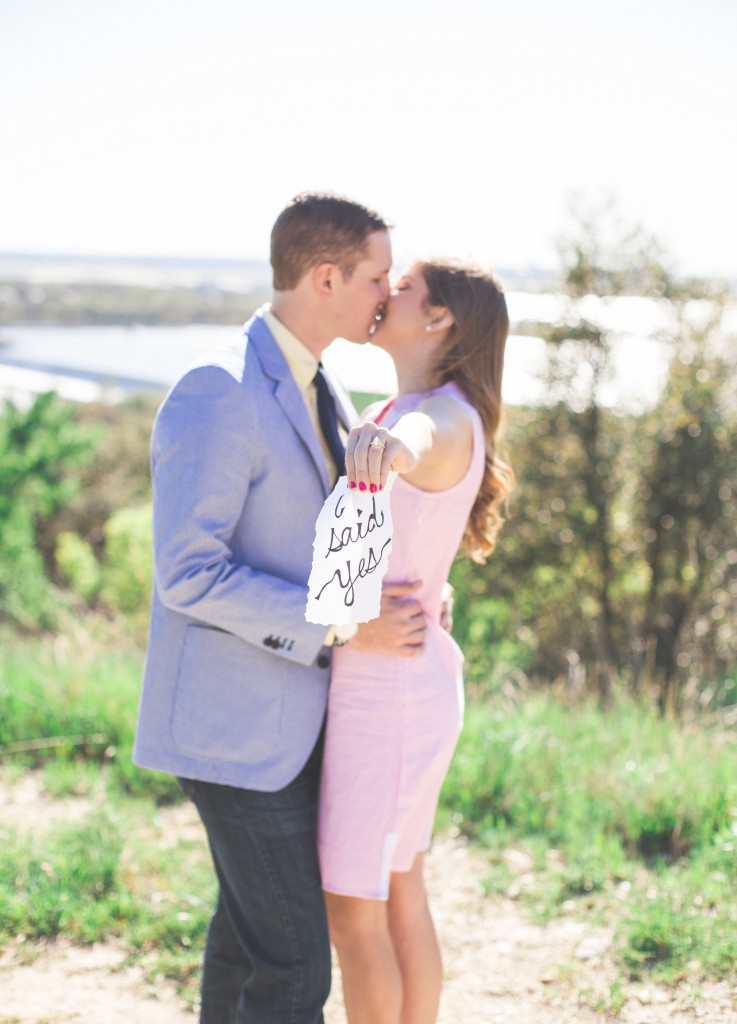 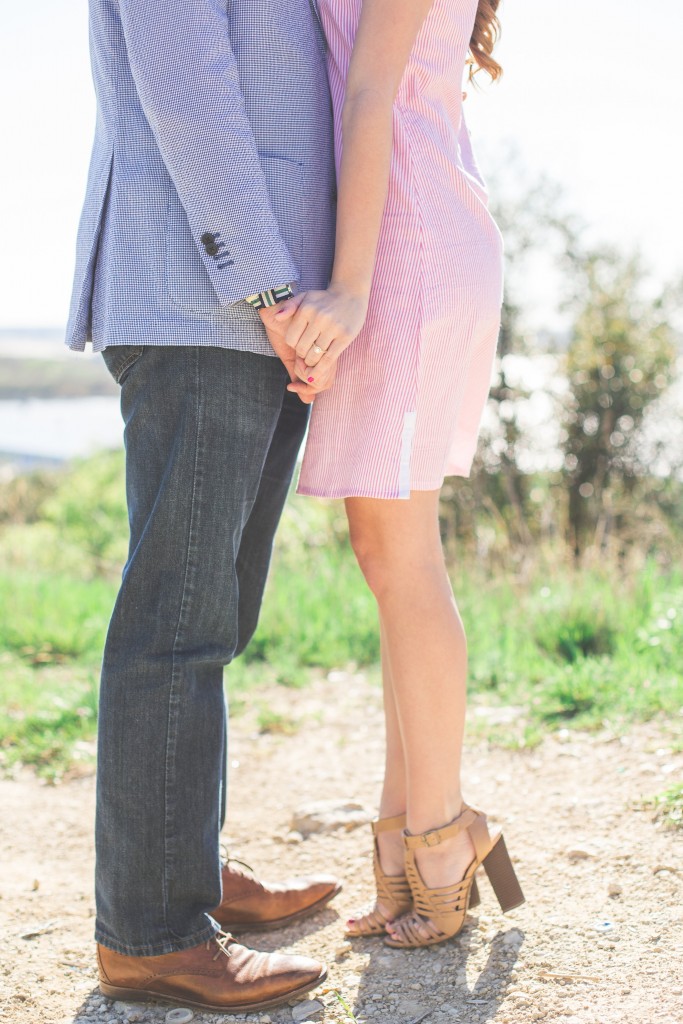 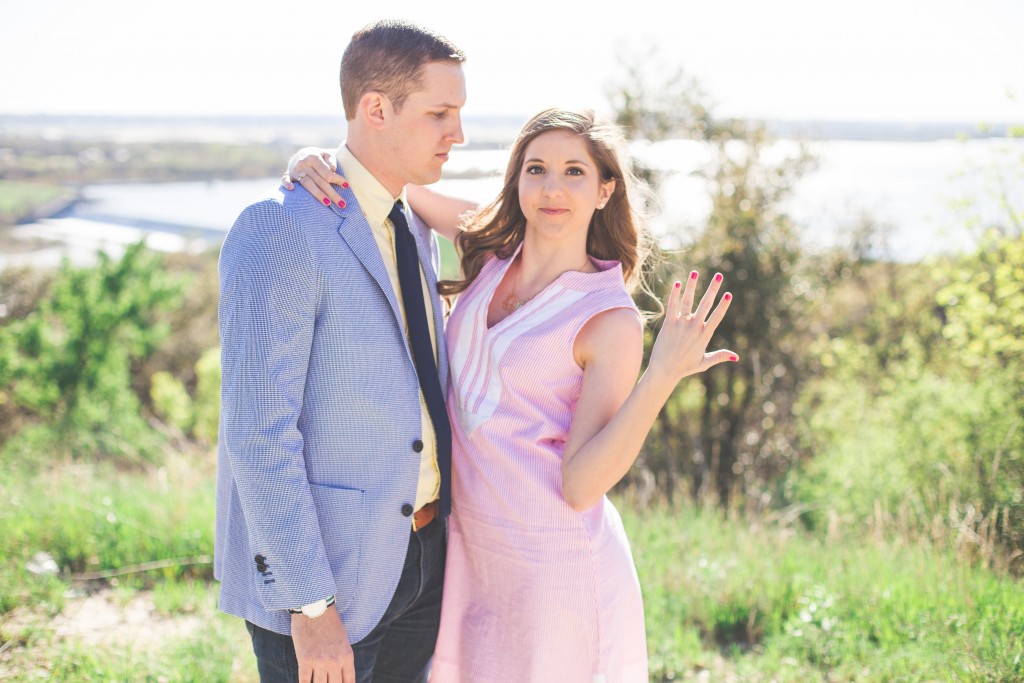 A HUGE thanks to Margo Beck from Margo Dawn Photography!