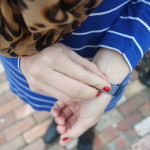 I’m kind of obsessed with tracking my steps, even though I never reach my goal. #deskjobprobz I have been wearing my Fitbit for a little less than a year and I love it. I got tired of the plain black band so I switched it up with a silver one I got from Target.

I had my eye on the gold and leather Tory Burch Fitbit band for a while, but couldn’t justify spending almost $200 on a Fitbit cover. So for Christmas, I asked for the much less expensive silicone one. This one was only $40 instead of $175. I got it and I was so excited. I wear a lot of navy and I could stack this one and make it blend in more than the generic black band.

After a week of wearing it I noticed a thin layer of clear film beginning to peel off. I went online and started reading reviews on the band and noticed that this was VERY common. (I probably should have done my research before I asked for it buuuuut) If this is how the $40 one is, I don’t have high hopes for the $175 one.

I came to the conclusion that because I was wearing long sleeves, any time I would take my coat on or off or rub it against my desk the film would peel up more and more. I don’t even wear it now. Why wear a workout band that you have to be super careful with? It’s just not worth it.

This Tory Burch Fitbit Band is a DUD!

I tried to capture the film peeling up, but it’s a little difficult to see because it’s clear. 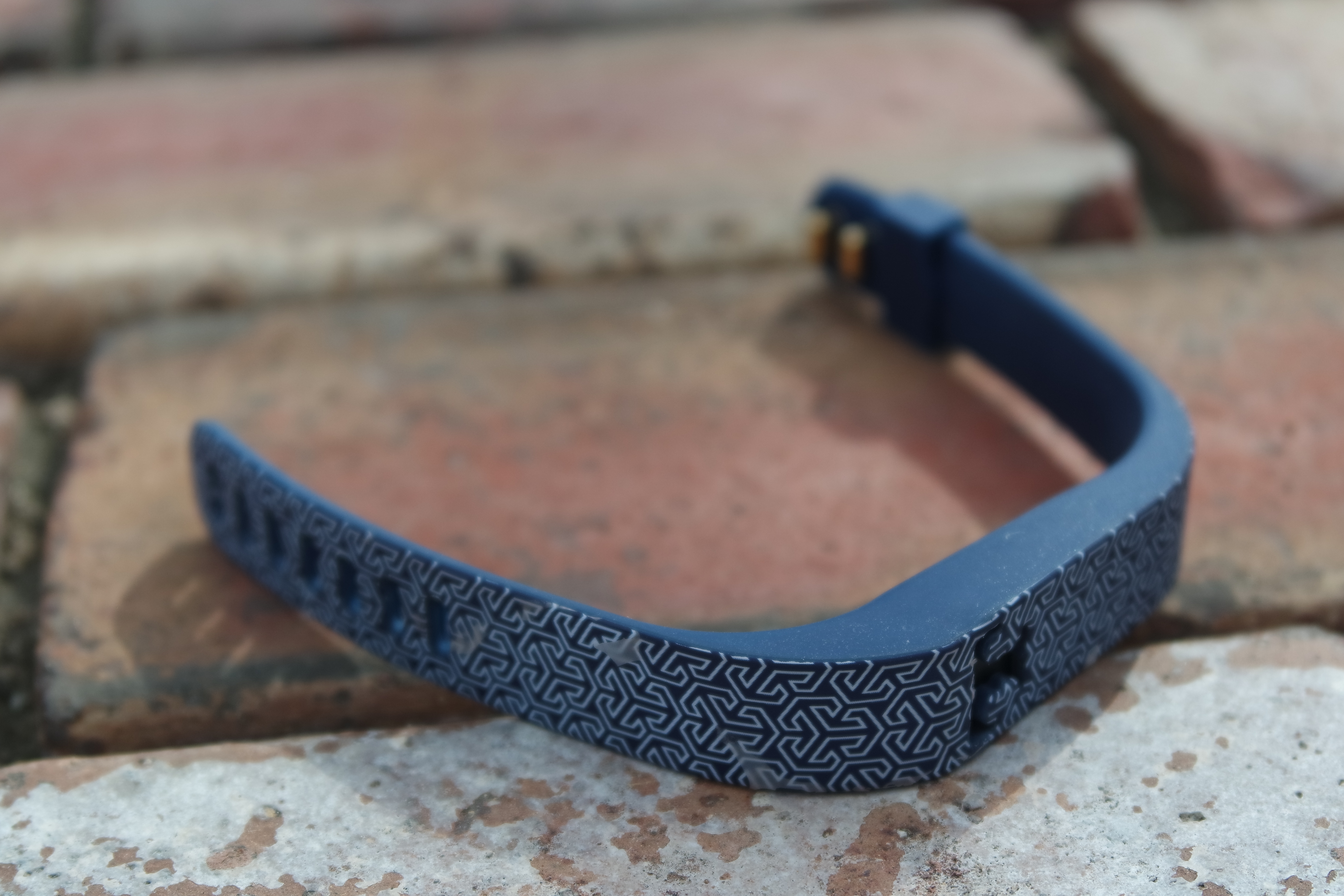 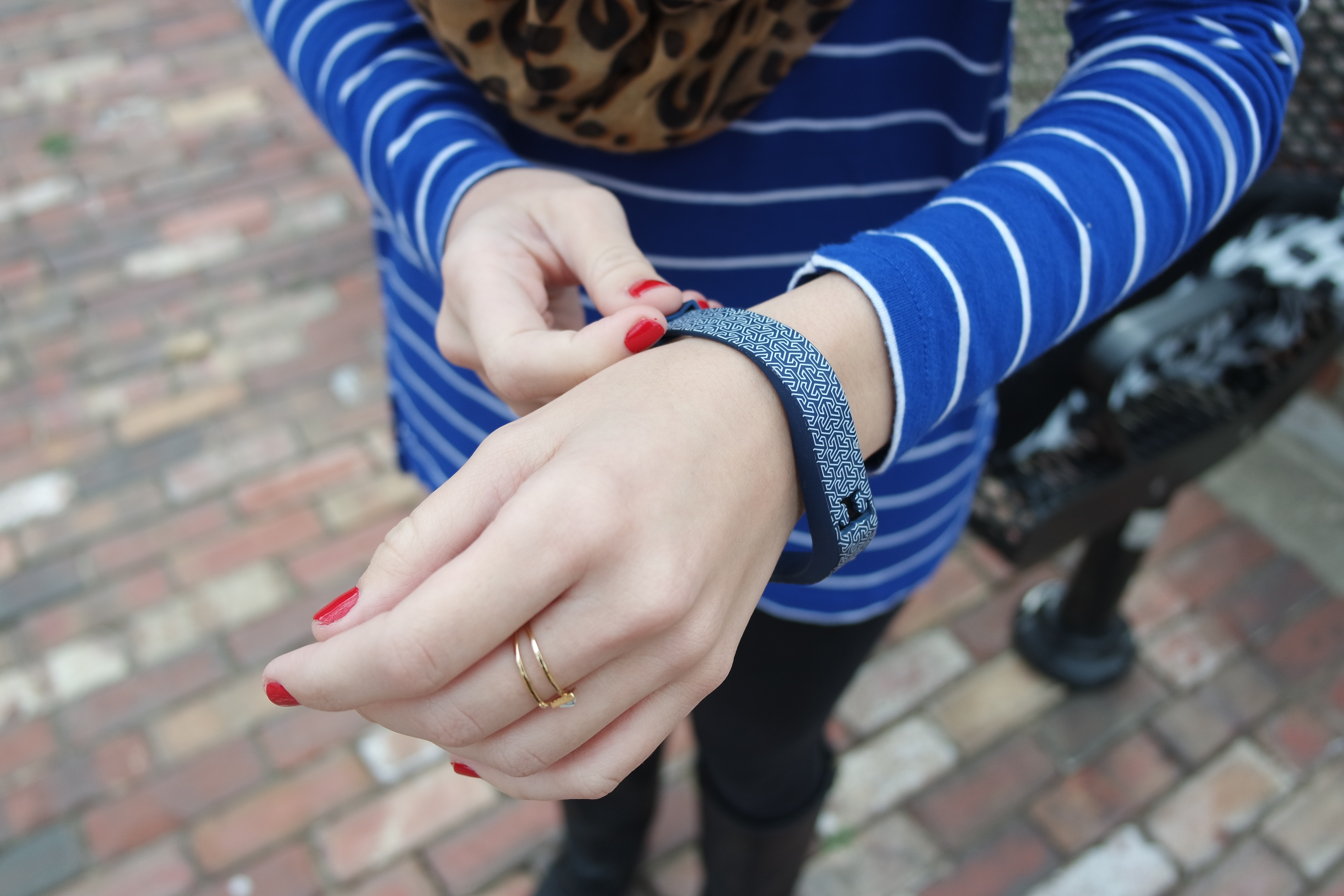 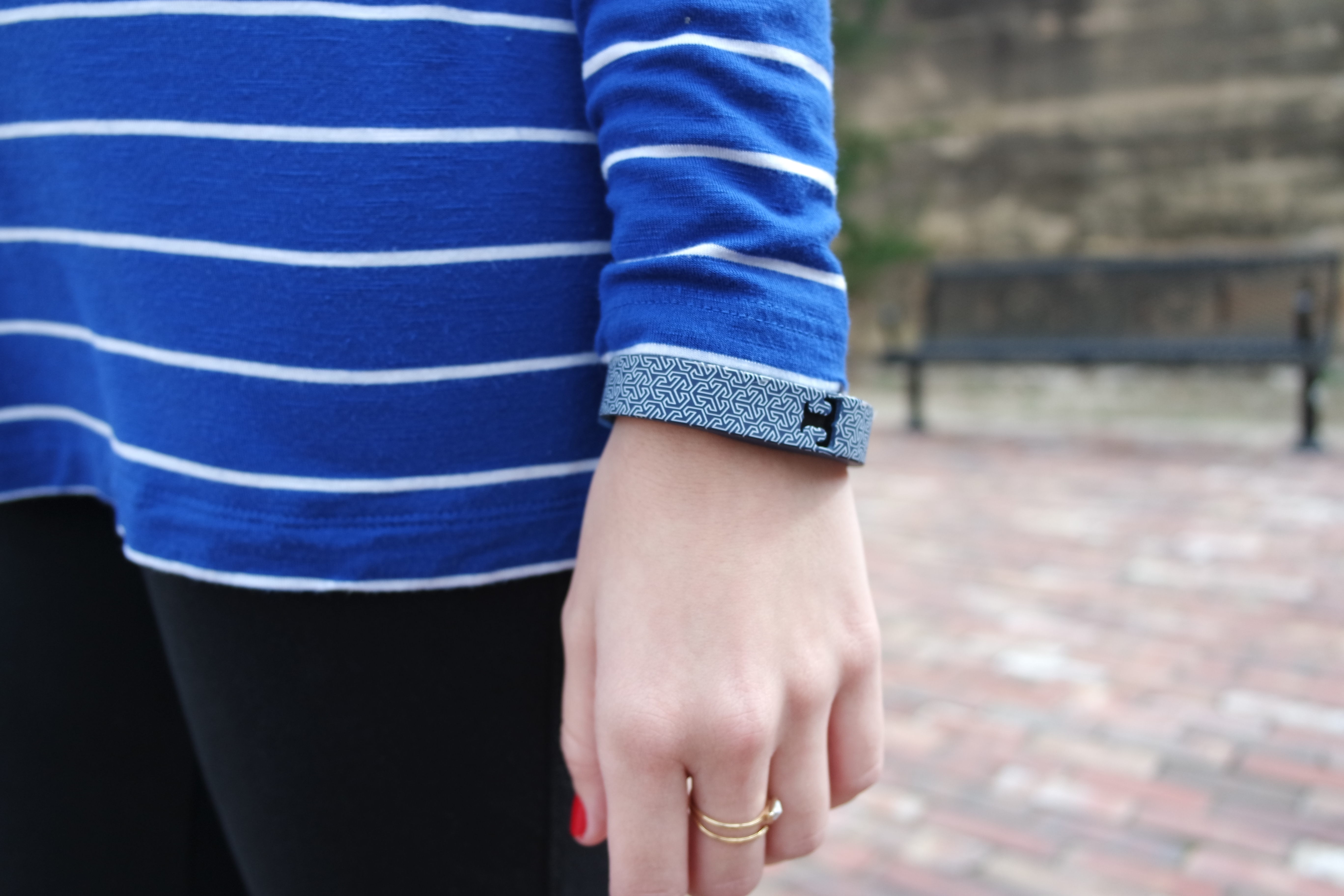