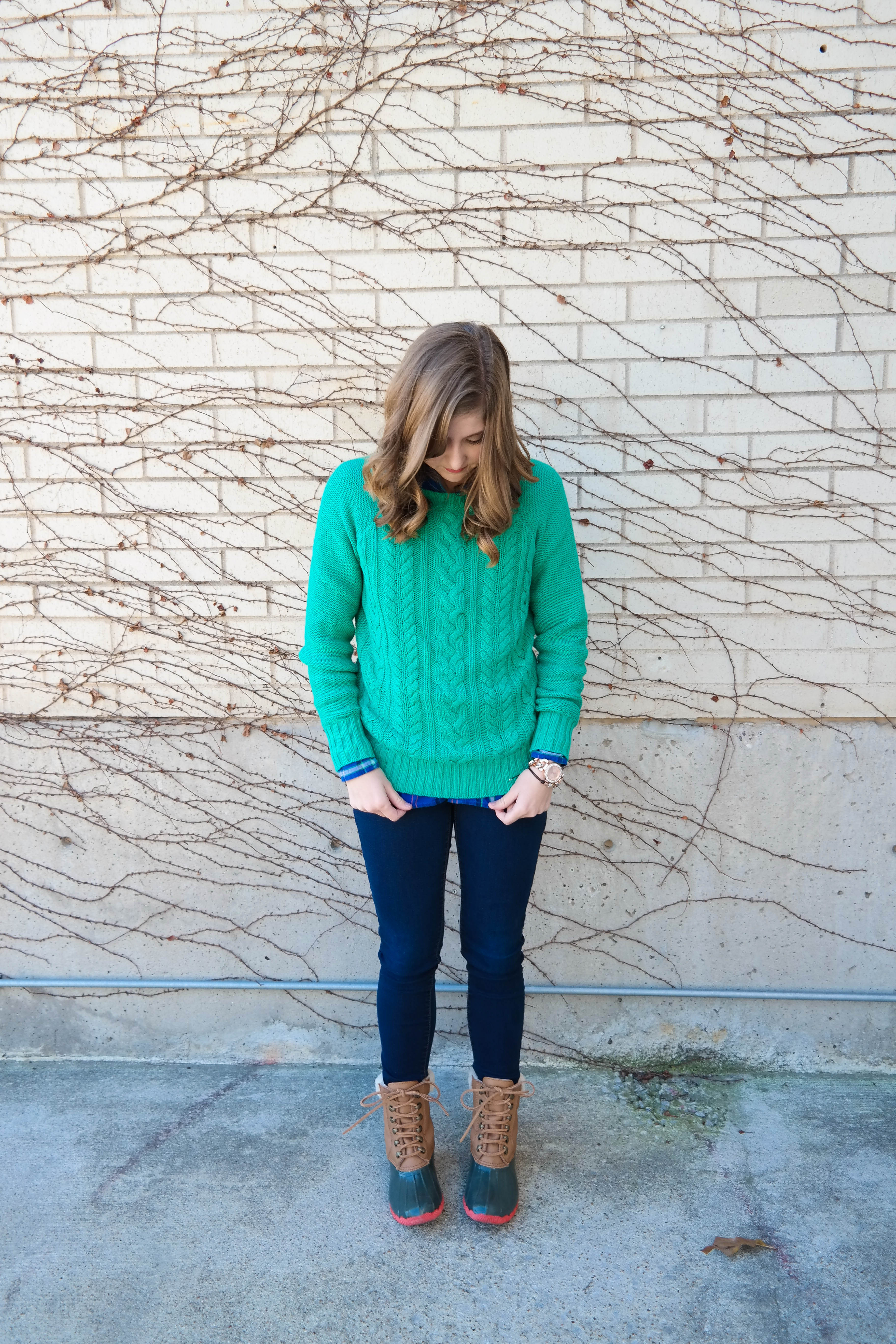 I mean it’s Texas y’all it doesn’t get that cold but for us hot natured people anything below 50 is unbearable. I know LL Bean boots are THE thing right now but they are practically impossible to find. I asked for some for Christmas and they were sold out until April!

I wanted a pair of LL Bean boots for a while but when they became popular, I was a little hesitant. I have never been one to want what everyone else has so I began to look for something similar. I found this pair of “duck boots” from J Crew and fell in love.  I love them because they are similar to Bean Boots but just different enough to have a little extra sass.

I love that the souls are red because I have been obsessed with red lately. A big bonus for me was that they are lined with Faux-shearling since I’m a weenie in the cold.

These boots are perfect to pair with a chunky sweater like I did below or with a long sleeve top and vest. 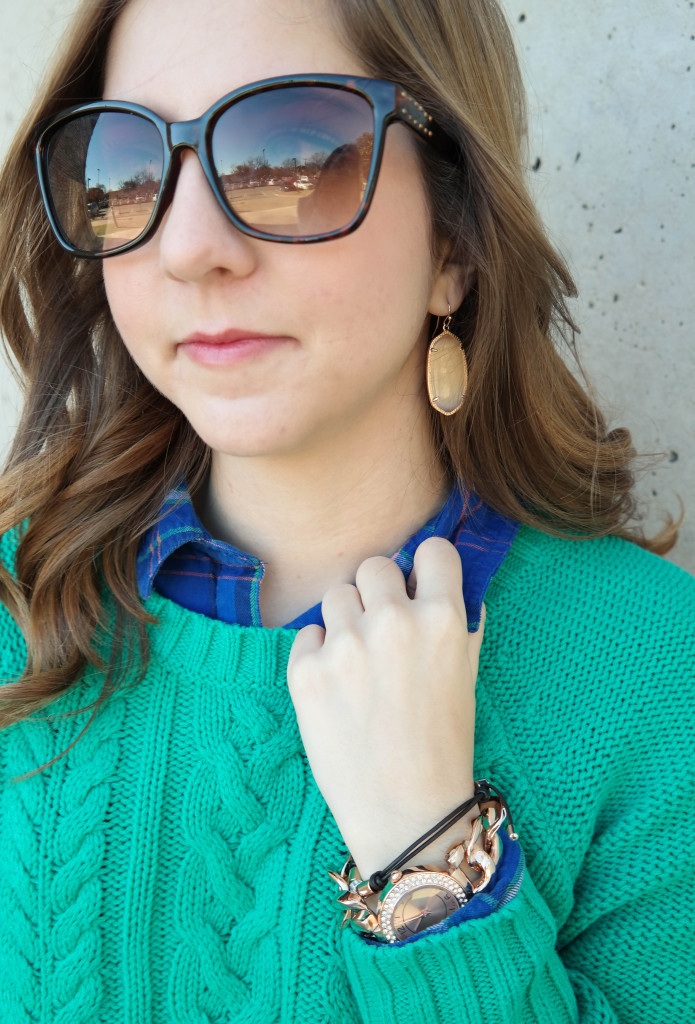