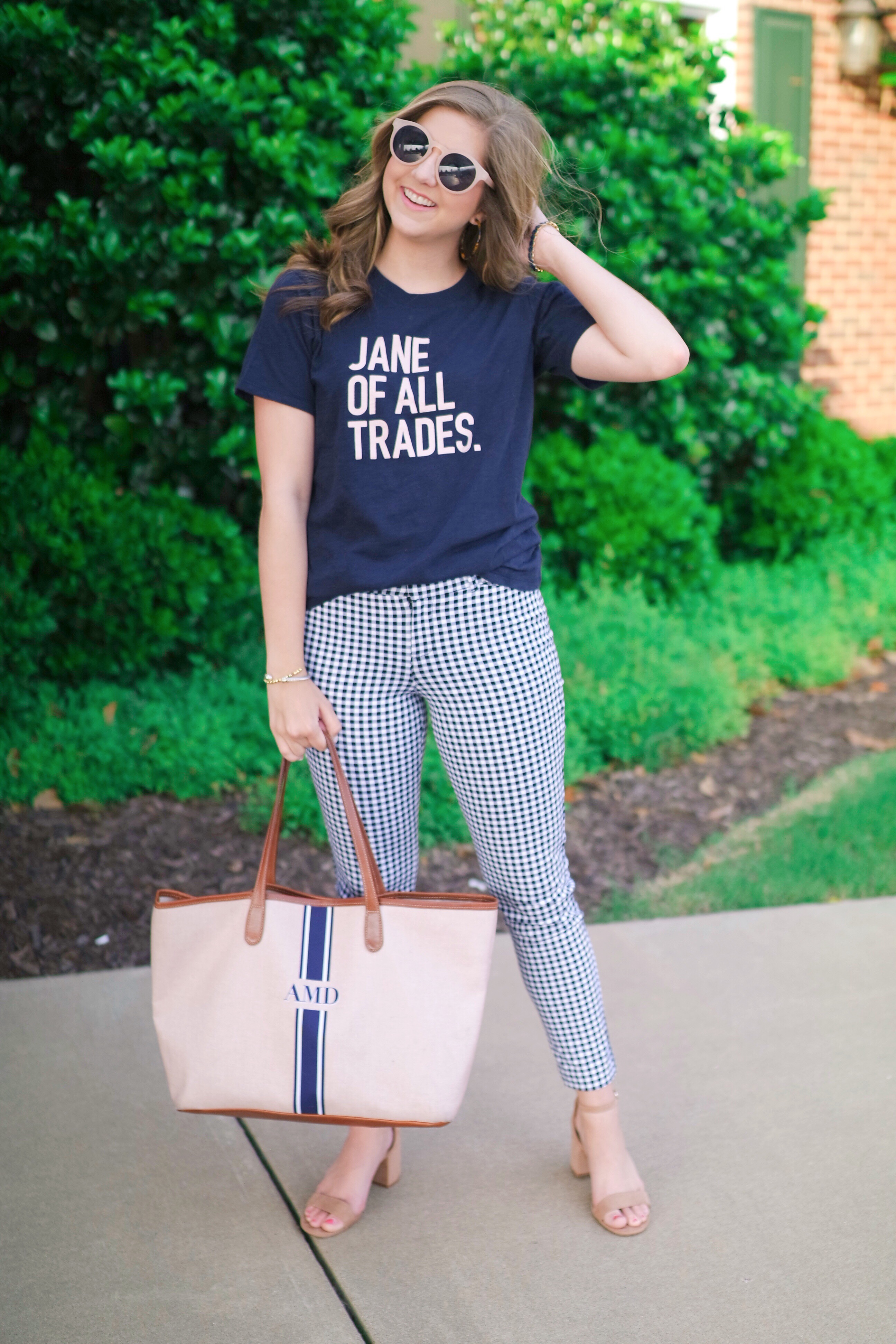 In the past, I was very closed off about what I did or where I worked, but since being at Lauren James I was very open about moving to Arkansas and working there, so I feel I need to give some a little update and why I left my job at Lauren James.

When choosing to move to Arkansas for Lauren James it was a BIG decision. Jared and I had lived in the DFW area basically our whole lives, so when this opportunity presented itself it felt like the perfect time to try something new and do it together. 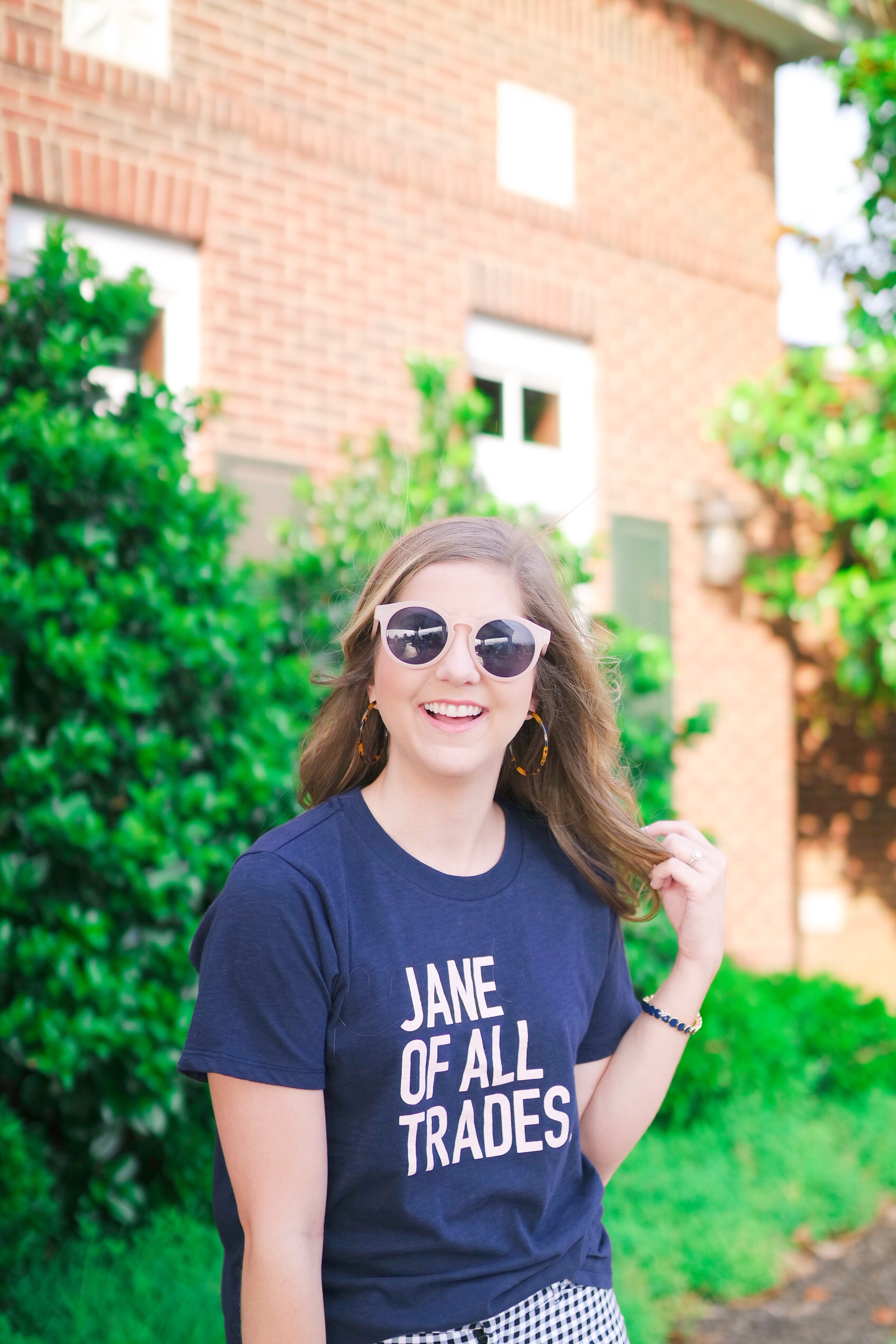 Previous to my time at Lauren James I worked at an ad agency specializing in retail clients and I worked specifically doing social media for those clients. During this job, I realized that I obviously had a big passion for the fashion and retail world and I felt like I was being able to dip my toe into through Thrifty Pineapple, but I was seeking more.

When I was given the chance to jump headfirst into fashion it felt like the perfect move, however, throughout my time I kept running into these conflicts of interest because of my 9-5 and what I like to call my 5-9 (aka Thrifty Pineapple). Because blogging and influencer marketing is such a new up and coming market there is a lot of grey area that employers aren’t quite sure how to deal with. 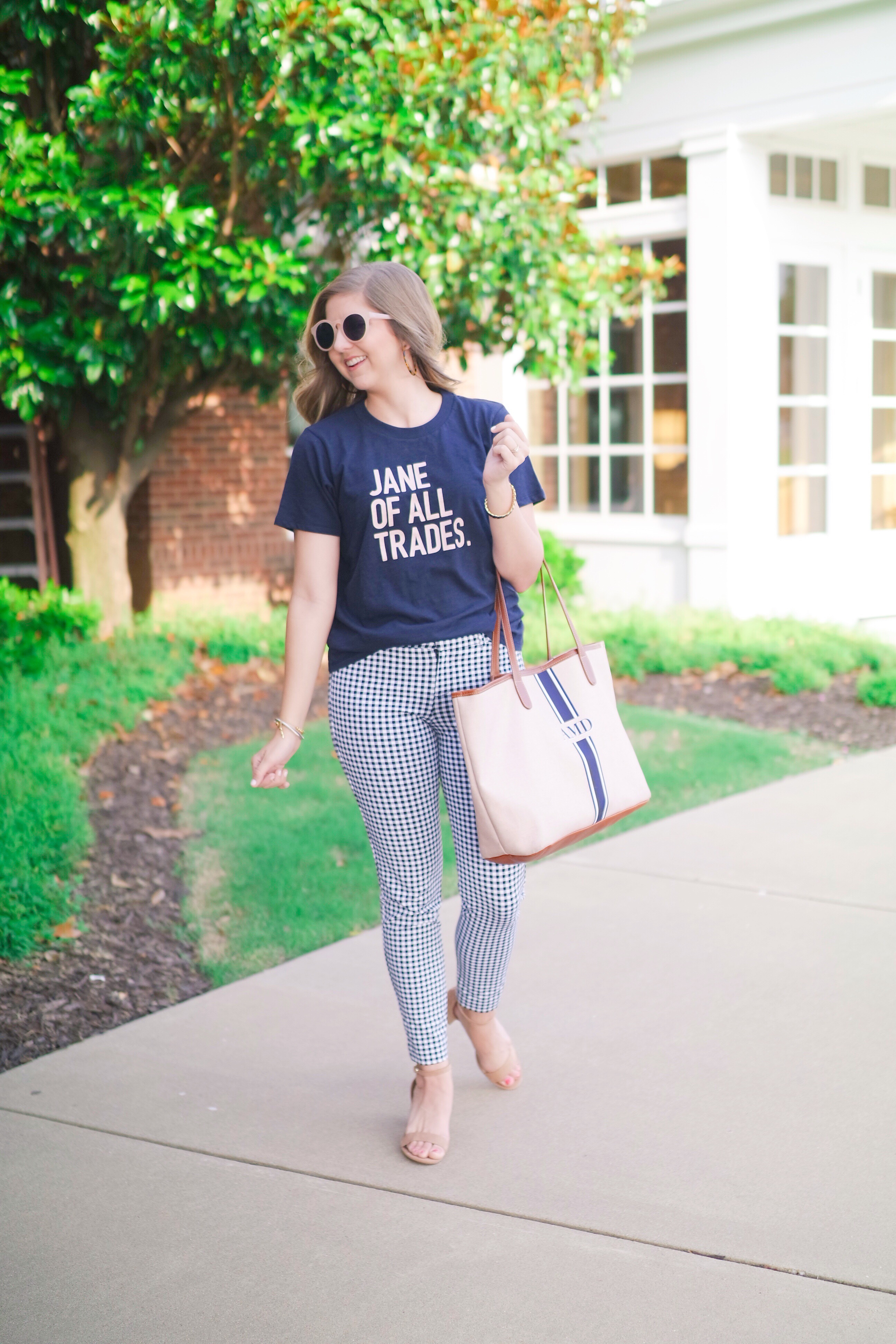 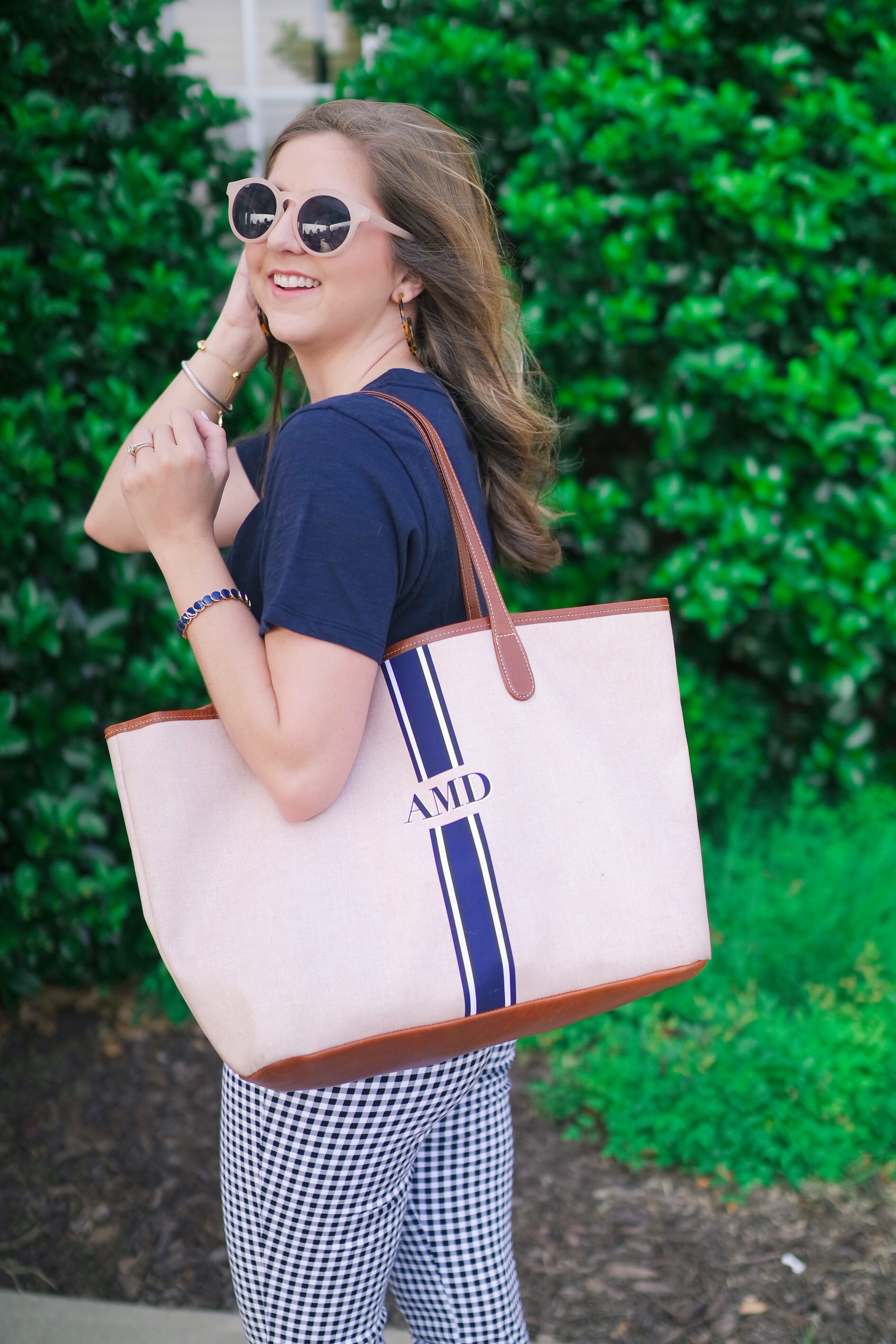 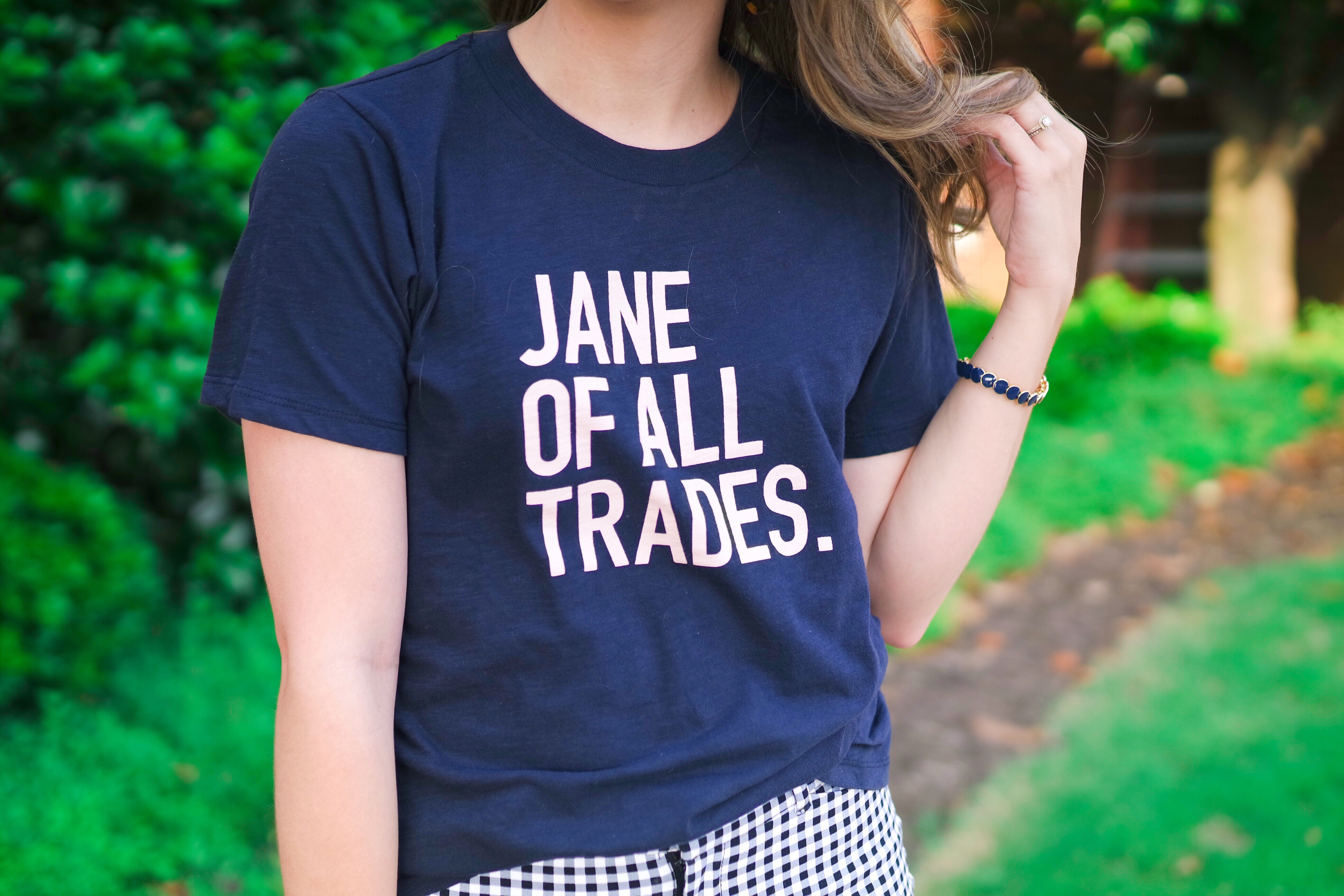 Another reason, why I chose to leave Lauren James was I felt like my career portfolio was very social media-heavy. Right out of school I worked managing and creating content for different Facebook/Twitter pages for different hotels and restaurants (this was right before Instagram became cool for brands). After that, I transitioned more into the paid advertising space working heavily on paid social media ads for different brands and then I combined both of those things at Lauren James.

After some time doing just social media I moved into a more general overarching marketing role which I really enjoyed. I always thought of myself as a social media expert, but once I was put into a role where I had to think bigger and broader I felt like I really thrived. As I began to think about my career and the uncertainty of the world of social media I felt like it was my time to find something different. I am so young and I don’t want to pigeonhole myself in my career.

Lastly, leadership plays a HUGE part in any job and as a startup, the leaders of the company were very involved and really set the culture of the workplace. Due to the lack of experience in running a business, the workplace became more like a sorority house and less like a professional environment. The dress code was pretty non-existent and there was a lot of small-town drama that just wasn’t healthy for me or the company. This toxic workplace really began to affect all areas of my life and wasn’t healthy. Eventually, this became the downfall of the company along with some other very poor business decisions, and after speaking to several of my mentors and previous managers that had been laid off due to the declining nature of the brand I felt at peace knowing my time had been well spent. 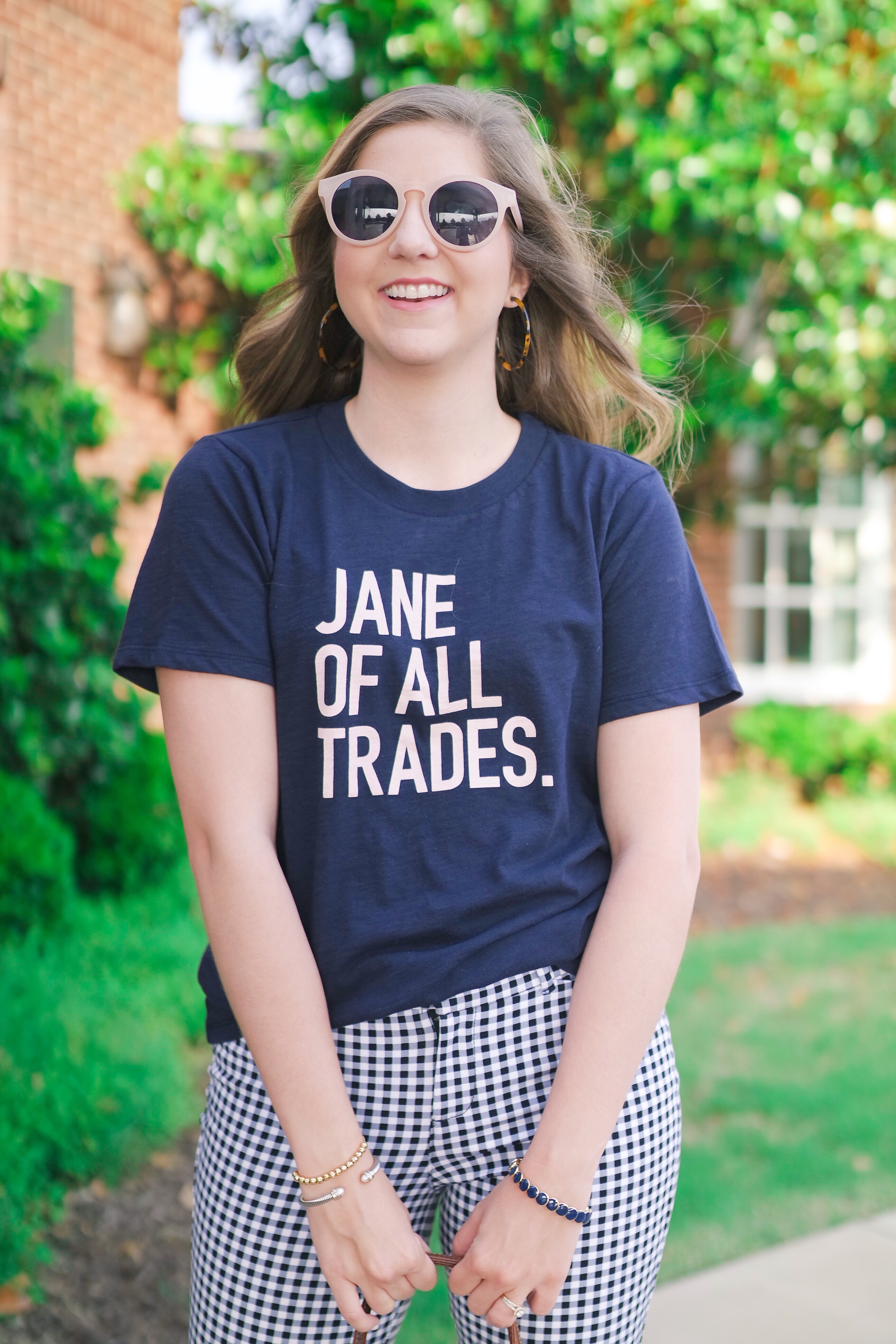 3 Things I Learned at Lauren James

At a startup, you have to hustle! Everyone is young at LJ so a lot of times you have to figure stuff out on your own which means you have to work hard to get it done. LJ has faced many obstacles during my time there it taught me how to buckle down and get work done. Whether that’s working on nights and weekends because of sales or figuring out how we can move a lot of product.

I am a HUGE introvert, so in previous positions, it was hard for me to speak up and say something. Even though I know I had good ideas or opinions, I was overshadowed by bolder personalities. Because it’s a small team at Lauren James it really gave me a chance to voice my thoughts and opinions.

Like I mentioned LJ is made of a very small team, you’d never because of the big operation they run it’s about 20 people running the show. Because of this, you have to rely on team members and you have to be humble. There’s no “I’m the Director of Marketing, I don’t pick orders.” If the warehouse behind, you better believe everyone is picking orders to get it to the customers!

I am so excited to be moving to a position that is in the marketing space, but not in social media and not in the fashion realm. I’m looking forward to having more creative freedom for Thrifty Pineapple, definitely more work-life balance, and a leadership team who have been in the industry for years and who I can learn from!